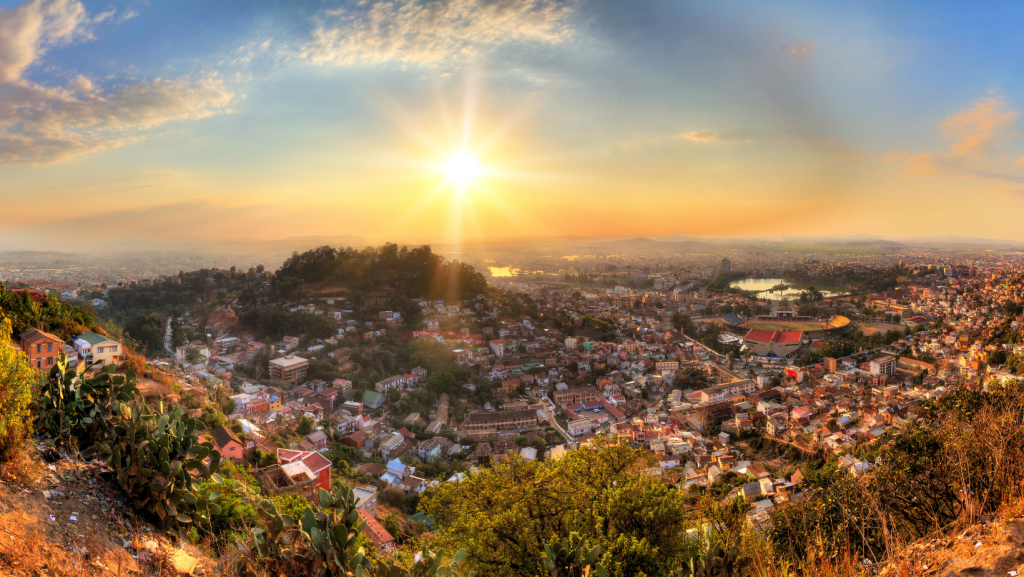 Recovery efforts are ongoing in Madagascar as of February 28th following the passage of a series of tropical cyclones in the past few weeks. The country has experienced heavy rainfall since January 17th due to a low-pressure system. Tropical Cyclone Ana subsequently transited over Madagascar on January 22nd, causing widespread flooding. Tropical Cyclone Batsirai then made landfall as an intense tropical cyclone just north of the city of Mananjary, Vatovavy Region, on February 5th. Tropical Storm Dumako made landfall in Soanierana-Ivongo District, Analanjirofo Region, February 15th, and Tropical Cyclone Emnati made landfall in Mangatsiatra Village, Manakara District, Fitovinany Region, early February 23rd.

The heavy rainfall and flooding that began January 17th and continued through the passage of Ana resulted in at least 58 deaths, mostly in the capital. Over 100,000 people were affected by the severe weather and 10,000 homes were damaged across Analamanga, Mangoro, Atsinanana, Boeny, Diana, Matsiatra Ambony, Sofia, Vakinankaratra, Analanjirofo, and Itasy regions.

The National Office for Risk and Disaster Management (BNGRC) has confirmed at least 121 additional deaths from Batsirai, including at least 87 fatalities in Ikongo District, Fitovinany Region. Over 30,000 people remain displaced across 117 evacuation centers. The storm has destroyed 8,364 buildings, damaged 4,654 others, and flooded 7,098 houses. At least six hospitals are destroyed and 87 others were affected.

BNGRC has confirmed 14 fatalities associated with Dumako. Storm and wind damage was reported in Soanierana-Ivongo, Sainte Marie and Fenerive Est in Analanjirofo Region, and in Anosibe An’Ala in Alaotra-Mangoro Region. Flooding was reported in areas of Atsinanana Region, mostly around Toamasina. Over 9,900 people were affected by the storm, with 4,323 displaced. The storm destroyed more than 1,200 homes. A bridge in Toamasina II District was also damaged by floods.

Riskovery doesn’t wait until an incident occurs to look for a solution. Our Travel Risk Management Application proactively collects data through its proprietary application to ensure when an incident occurs, employees have the greatest chance of receiving the support they need to get home. As soon as an alert is received, Riskovery immediately begins to re-establish communication. Simultaneously, while communication is being re-established, the team analyzes data to determine where your team members are if they are safe and alternate methods for re-contacting. Team Riskovery takes proactive steps to provide essential support to stranded team members.

We use cookies on our website to give you the most relevant experience by remembering your preferences and repeat visits. By clicking “Accept”, you consent to the use of ALL the cookies.
Cookie settingsACCEPT
Manage consent

This website uses cookies to improve your experience while you navigate through the website. Out of these, the cookies that are categorized as necessary are stored on your browser as they are essential for the working of basic functionalities of the website. We also use third-party cookies that help us analyze and understand how you use this website. These cookies will be stored in your browser only with your consent. You also have the option to opt-out of these cookies. But opting out of some of these cookies may affect your browsing experience.
Necessary Always Enabled
Necessary cookies are absolutely essential for the website to function properly. These cookies ensure basic functionalities and security features of the website, anonymously.
Functional
Functional cookies help to perform certain functionalities like sharing the content of the website on social media platforms, collect feedbacks, and other third-party features.
Performance
Performance cookies are used to understand and analyze the key performance indexes of the website which helps in delivering a better user experience for the visitors.
Analytics
Analytical cookies are used to understand how visitors interact with the website. These cookies help provide information on metrics the number of visitors, bounce rate, traffic source, etc.
Advertisement
Advertisement cookies are used to provide visitors with relevant ads and marketing campaigns. These cookies track visitors across websites and collect information to provide customized ads.
Others
Other uncategorized cookies are those that are being analyzed and have not been classified into a category as yet.
SAVE & ACCEPT